Last Sunday on a very sunny pitch in Berkel-Enschot the first round in the 4th division of the outdoor competition 2015 kicked off. Everybody (14 frisbee fanatics) on time, coffee&cake, streched and properly warmed up. Ready for our first match against the organizing team Flying High. That warming up paid off. With a good offence and a pressure defence we took the lead by half time leading 7-1. Second half Flying High woke up and took some points back but not enough to get our victory in trouble. Ending in 11-5. 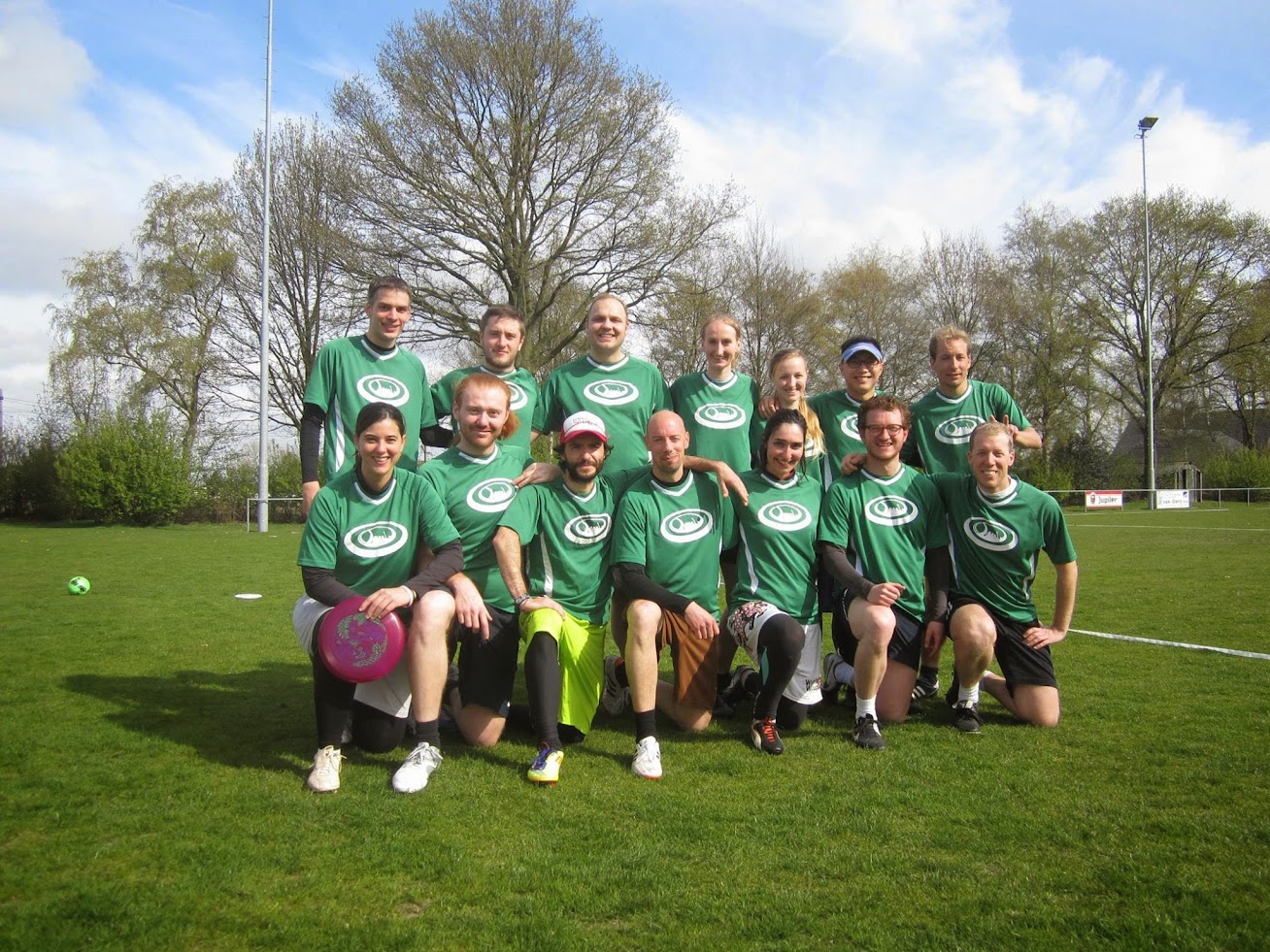 Next we had a 2 hour break. Time for some mac line. What’s a mac line? See here:

Second game against UTKA. A young team with speedy guys. Our offence was not as solid as the first game which led into some turnovers. We exchanged points in the first half. Score at halftime 3-2. In the beginning of the second half we where still struggling a bit on offence. UTKA took the lead with 3-4. But we kept our heads high and give more pressure on defends on their handlers and got the lead again. Ending in 7-4. 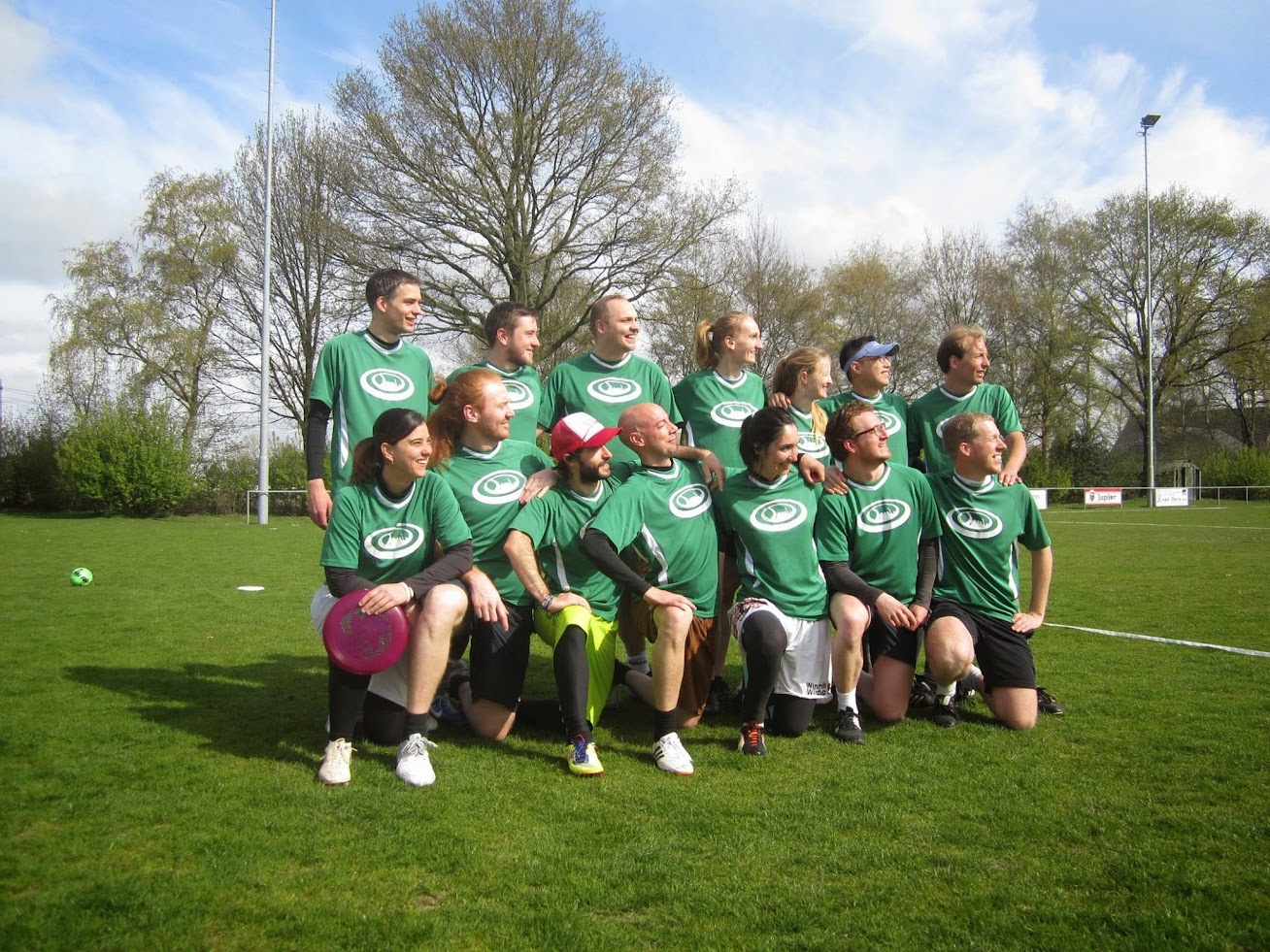 Now the strongest opponent of the day, UFO2. With 3 excellent handlers and all fast runners we knew we had to play smart on defence. And we did! They were happy to play the deep game but did not work for them. By half time score was at 4-3. Still fighting in second half. Managed to get to a lead of 5-4 but after that UFO2 changed their game plan. On theirLess risky up field passes and more pressure on our offence. (callahan ouch! ;-)) Final score 5-10.

Last game against MUG. A new team from Haarlem with some very familair faces. The first half was not our best game but still leading with 4-3. Second half the R’damnit diesel engine was warm and we made less mistakes and more points. Final score of the day 11-6.

Final ranking we ended up in second place. Well done!

Poule for next round:
-R’damnit
-Flying High
-MUG
-BFrisbee’s2
-Vertigo

And could it be any better than to finish this sunny day with bitterballen and a biertje!